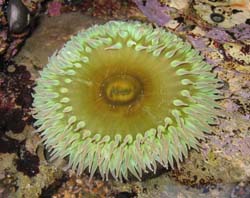 This section provides guidelines and information about areas around the San Francisco Bay and Point Reyes National Seashore that are either completely off-limits to kayakers or that have limited or seasonal access. For convenience, we have highlighted Special Closures and divided the Bay Area into four regions: San Francisco Bay, San Pablo Bay, South Bay/San Mateo Coast, and Gulf of the Farallones (which includes Point Reyes, Tomales Bay, and Bodega Bay).

Jurisdiction within this area varies to a bewildering degree. For example, there is military property (portions of Hunter's Point & Mare Island still fall under military jurisdiction), private property (such as the vast salt flats at the end of the South Bay and the Oil Industry terminals and facilities), port authorities and municipal/county jurisdictions, plus areas under the US Fish & Wildlife Service, the National Park Service (e.g. the Golden Gate National Recreation Area and the Point Reyes National Seashore), the Greater Farallones National Marine Sanctuary, California State Parks (including Tomales Bay State Park and Angel Island State Park), and the East Bay Regional Park District (including Brooks Island).

As of May 1, 2010, six marine protected area special closures important to kayakers are in effect along the California Coast from Half Moon Bay to Point Reyes. Special closures protect sensitive seabird colonies and are off limits to boaters. The special closures are listed here and described further down on this page.

Other marine protected areas restrict or prohibit fishing, but do not restrict boating. See more information and maps.

An area bounded by the Golden Gate, the Richmond/San Rafael bridge and the Bay bridge with major shipping lanes intersecting the bay in the direction of each of these bridges. The three major ports are Point Richmond, Oakland, and San Francisco.

This vast area north of the Richmond/San Rafael bridge has many areas to avoid for a variety of reasons.

The South Bay a huge, multi-use area. The northern end is used as a shipping anchorage for the Port of Oakland. There are two major airports, miles of mud flats, and at the southern tip, salt ponds.

Gulf of the Farallones

Paddle out under the Golden Gate bridge and you can paddle north, south, and west, but you'd better know what you're doing: wind and weather, surf, and swells can upset even the most experienced paddler.